Back to Bressols and Châteauroux races of August 1st, Boutier Philippe (father, 63 years old) and Maxime (son, 33 years old) from Loion-sous-Lens are systematically ranked on the first places of Nord-Pas-de-Calais podium whatever the category.

Tandem plays at Harnes company. Philippe has always been in contact with pigeon fanciers from an early age, three of his great uncles were pigeon fanciers, Victor Freville (Paris region), Henri Guilluy and Charles Leflon (Lens group). In 1990, he installed the current pigeon loft in Loison-sous-Lens. His son Maxime, also a fancier, follows the colony from a distance as he lives in Belgium.

They like playing all distances even if the main objective is long distance races (400-600 km). “We occasionally play international contests … And we would like, in the years to come, to orientate a larger part of the colony on these races”.

The colony consists of 250 birds of which 50 are widowers and 20 are classically played widowers (partners of these widowers are not played). Each year there are about 80 youngsters and about 20 youg pigeons raised after the saison.

Two basic pigeons were used as stallions and crossed with bought pigeons: 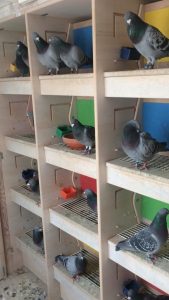 In terms of health monitoring, widowers are no longer given any treatment during sport season, neither against trichomoniasis nor for respiratory tract. “We focus on natural health of pigeons.

He’s a scaled male. He has 5/9 prizes this year with head prices, very promising. He was lost 1 month young hence his name: “The Revenant”. His father is a 100% De Rauw Sablon. “His mother is a daughter of our Surinx. He is a half brother by the sire of the 1st NPDC Châteauroux vieux and by the dam of the 2nd NPDC Châteauroux vieux. 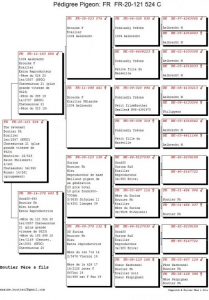 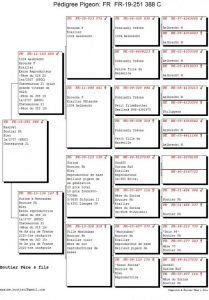 “He’s a blue male. His father is second pigeon bought at Morel P&F sale, a miller, his mother is the bronzed one, daughter of our Surinx and mother of the 1st NPDC yearling”. Note that the 1st NPDC female at Bressols, 251 343-20 also has La Bronzée as her mother… Quite a breeder.

He is a latecomer of 2018, this pigeon is building up quite a record, but with two times 2nd NPDC, he deserves his name of Poulidor. He has 5/8 this year and has chained the last 3 federals with prizes (St Junien, Royan and Châteauroux). 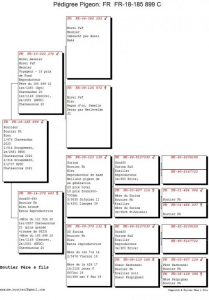 He has 5/8 prizes this year and has won the last three federal races in Saint Junien, Royan and finally 3rd/1438 NPDC in Bressols.

His father is a pigeon bought at Morel P&F total sale, which has 15 prices in long distance races. His mother is a breeder in which we find an Ace pigeon of Roland Betrémieux also bought at his total sale as well as origins of Montauban and Surinx. 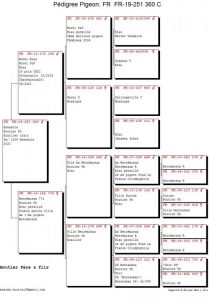 Philippe Bazille first Barcelona female international …But not only that! 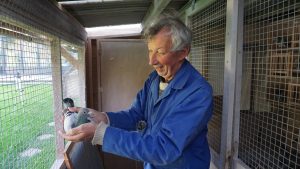