Alexandre Margris stayed quiet for three weeks and left the pigeons in the loft. He didn’t lack the desire to do so, but in his opinion, it was dangerous to put the pigeons in the competition during the rainy weather and the stormy skies. It takes a lot of strength of character to stop playing for three weeks in the middle of the season and to skip important championship events like the CALC Bergerac!

He was right to do so because when the competitors’ pigeons had to face difficult weather conditions, his pigeons were resting. Don’t they say “everything comes to him who waits”? After a three week break, both the pigeons and the fancier had the knife between their teeth and were happy to start the season again, and with what results!
During our interview Alexandre explains: “to avoid that the pigeons stay three nights in the baskets, the leaders had shifted the competition of Châteaudun to Monday, because the weather of the weekend was catastrophic (basketing on Sunday), bravo to the grouping for this judicious idea”.

On this Châteaudun of July 5th, Alexandre’s pigeons achieve the three fastest speeds of 1303 pigeons of the group. Our host insists on the fact that in the youth category: “It is the victory of friendship, it is the first achievement of the union for the best with Fred Lefèvre. Hence the name of the winner of the competition: Frédérique, because she is the result of mating where the father belongs to her and the mother to me, a partnership where we live pigeon, where we share every day without any constraint, the passion of the pigeon sport!

Alexandre has the pigeon in his blood and the science of pigeon racing. He has explained his method to us throughout the tutorials (which can be found on Pigeon-master). He is at the forefront of innovations, both in the loft and in the food supplements given to the pigeons. These supplements are exclusively based on plants that can be found in our fields. He is at the forefront of a reasoned preparation of the competitions, thanks to mapsystème. And above all, he relies on a fantastic team of pigeons, which he has largely shaped himself for several years and which he seems to reproduce endlessly.

Châteaudun of the 5th of July grouping of Saint-Pol-sur-Ternoise: 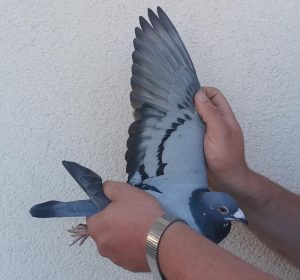 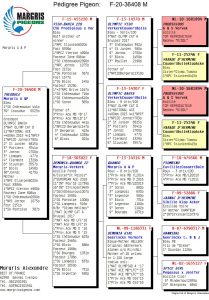 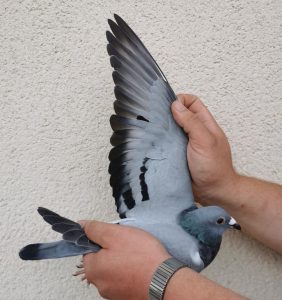