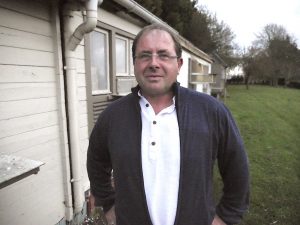 Middle distance French vice-champion in 2018, French speed champion in 2020, David Brunet opened the doors of his vast dovecote in Cappelle-Brouck, near Dunkirk, for a series of three interviews devoted to his career. Today, for this second interview, the pigeon fancier talks about his best pigeons and unveils his feeding strategy… If he has one!

“In addition to the marathon races, I plan to start playing the female game next year. My son, who is 12 years old, is also a pigeon fancier. He has taken up speed and the middle distance. I’m going to help him a little. He’s doing pretty well, even if sometimes he is a little disappointed because I pass him (laughs). »

– Do you practice widowhood?

“Yes, because it is important to motivate the pigeons. It is inconceivable to me to do the same thing for four months. The pigeon gets into a routine and understands very quickly that something is up. For example, on Saturdays or the day before a race, I release them a few kilometres away from the pigeon loft. »

– What products do you use ?

“I give Versele-Laga, among other things. Generally speaking, I avoid mixtures that are too rich. You need something light at the beginning of the week, and something heavy for the competitions. Here, I don’t ration, and I don’t feed from the locker. When we arrive at the end of the season, I buy a moulting mix. Or Bonduelle grain in the winter, which has the advantage of being cheaper than Versele-Laga. In my opinion, there is a season-specific diet. In breeding time, we can give standard, but it will inevitably take some depurative in season until about Wednesday evening to gradually move on to sport. I give a lot of tea and also garlic to keep the pigeons healthy. This is my first criterion, well before the performances. I look in particular at the quality of the feathers. A healthy pigeon is a fairly compact pigeon. » 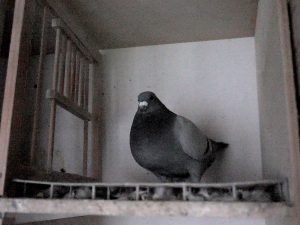 – How are the training sessions going?

“About three weeks before the competitions, I start with flights of two kilometres, then I go to Saint-Omer, three or four times to the same place, so that the pigeons take their flight line and are as direct as possible. That’s how I teach them the job: by repeating the training several times, in particular to make them understand that on the way back there’s the female pigeon waiting. »

– What are your best pigeons?

“The Turbo 624, which I inherited this year. It has won more than ten first group prizes. My Mustang too, even if it has been in the breeding for three years. Moreover, this year, I’m making Ace pigeon with one of his sons, 707 2017. I also have two sons from Turbo who are excellent. Keeping the breed and the blood is as important as having results in the moment. Otherwise you are always buying right and left. You also need a little bit of luck in the mating process. »