Joseph Sécher, a pigeon fancier from Maine-et-Loire (west France), has recently taken up racing pigeon again, not without success. Because of his geographical location, he started to participate in long distance races but also wanted to test his pigeons on shorter distances and in other conditions… hence his participation in the One Loft Race des Plumes (south france).

Joseph Sécher, member of the UCML (Union Colombophile du Maine-et-Loire), chose to enter his pigeons in a one loft race. He chose the one loft race “des Plumes”, located in Rhône region of France. “I wanted to confront my pigeons with another region and other fanciers in difficult competitions with high temperatures and a totally different geography.” 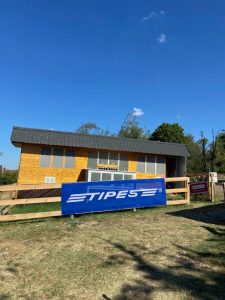 For his first participation in a one loft he entered a team of five pigeons, which allowed him to win twice! “I was interested in the performance of Margris and CFTT loft via a report, we talked a lot and one day I decided to invest in these lines.”

The first victory was won at Langres (250km), during the second official competition.

The father of the winner is Fr20-36483, brother of the 1st Fontenay and nephew of the 1st Châteauroux and 1st La souterraine… We find the lineage of Nihoul and Timoko-Real (F-20-36483 pedigree). The hen is also a direct purchase from the Margris A&P colombier Fr20-36459, here too it’s a concentrate of the best that can be found at Gennes Ivergny (FR-20-36459 pedigree) 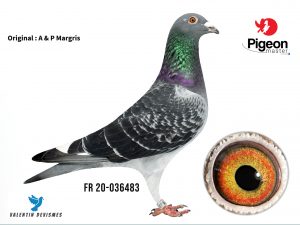 The second victory, and not the least, since it’s the final of the one loft (470 km) is won by his FR22-041005. Mother of this pigeon is Sis Angus from the CFTT team bought at the Pigeon-Master auction. She’s the half sister of Angus fastest of 4247 pigeons on Montauban (FR20-117337 Sis Angus pedigree)! 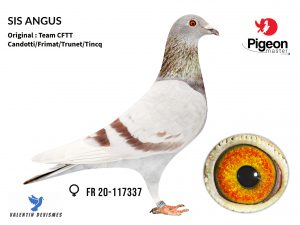 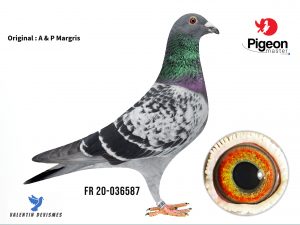 “The male (Marco Polo) has a bigger size than I wanted but he compensates for this with an incredible vitality, I have good hopes for this bloodline for next year.”

For his first participation in a One Loft Joseph Sécher is very satisfied, “It’s really a great experience, with teams that take care of the pigeons and very professional people. The One Loft is not very big (300 pigeons) which allows an exceptional quality of care and above all it saves a lot of time on selection of your pigeons. By sending youngsters to another region, to selective competitions with headwinds and high temperatures, you can see the true value of your pigeons right away! I think that with climate change we will have to adapt to not suffer and be able to continue our hobby.”

Joseph is already working on this selection and is ready to send his pigeons to other one loft locations such as Morocco. “We must always question ourselves.”

Another look on pigeon sport

Winning in one loft is one thing, but also participating in competitions in the Maine-et-Loire region is another! Pigeons are sent eastwards to Germany, Belgium and Holland, from 740 km to 1047 km (Hamburg). They fly in small contingents over long distances with opposite directions to the masses going up from the south of France to the north, Belgium or Holland. Conditions are totally different from what we know in the northern regions. Clearly, you need pigeons with a mind of steel who know how to stall and fly alone… real tough ones.

Joseph knows what he wants but he doesn’t rule out pigeons that do not give him immediate satisfaction. “You have to be very observant and question yourself” he says, “this year I did well with pigeons from 2018, they showed up in 2022. I assume that when a pigeon comes back systematically at the end of the competition, it’s because problem comes from me, not from him. By playing on motivation I manage to get expected results.”

Pigeons are played on nest position, “the best is when pigeon has just come out of the egg and the pigeon put in the competition comes in at that moment, you have to be extremely precise and hope that the release is not delayed.  I use this method with females but also with males. Some males are always late in leaving the nest at around 7/8pm, these males perform superbly when they leave on eggs ready to hatch.”

Joseph prefers to concentrate on his own results and doesn’t look at others’ results except when he wants to invest in special pigeons. “I look at the pigeon first and foremost, then at results of the colony and above all I have to have trust.”

Philippe Bazille first Barcelona female international …But not only that!